We are a private organization of veterans serving those who serve

Our Executive Board Members

Veterans Serving Those Who Serve 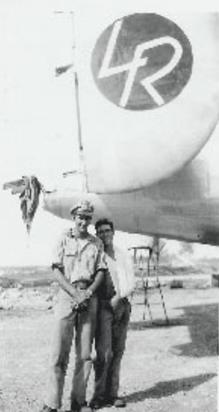 History of the Long Rangers

The 307th Bombardment Group (Heavy) was activated in 1942 by the Army Air Corps Combat Command after an attack on Pearl Harbor thrust the United States into war with Japan. In succeeding years, the 307th’s participation in World War II, the Korean Conflict, the Cold War, and the Vietnam Conflict proved it to be one of the most renowned bombing units in military annals.

On April 15, 1942, the 307th began operations as a B-17 Flying Fortress bomber unit at Geiger Field, Washington. Its first mission--to guard the northwestern United States and Alaskan coasts against armed invasion this prepared the group for its later role in the Pacific Theater of World War II.

After patrolling the coastline of America for five months, the 307th’s B-17s were replaced with the famous B-24 “Liberators.” Subsequently, the entire unit was transferred to Sioux City, Iowa, for a brief training period.

After completing a three-week B-24 familiarization program, the 307th relocated its entire cadre and 35 bombers to Hamilton Field, California. Three days later the B-24s deployed to Oahu in the Hawaiian Islands.

An old Norwegian freighter slowly transported the remainder of the group to its “Pacific Paradise”.

Upon arrival at Oahu, each of the group's four squadrons was assigned to a different Hawaiian location--the 370th to Kipapa, the 371st to Wheeler Field, the 372nd to Kabuka and the 424th to Mokaleia. Headquarters for the 307th was at Hickam Field.

Finally settled at Oahu, 307th bombers began search and patrol missions over the surrounding Pacific area. Maintaining a 24-hour vigil, the bombers were to avert any naval attack against the Hawaiian Islands.

Group bombers received their first taste of combat December 27, 1942. Twenty-seven of the group's aircraft were deployed from Oahu to Midway Island. From here, the B-24s staged their first attack against an enemy fortress on Wake Island. The enemy was taken by surprise during the predawn raid. Before Japanese units responded with a barrage of anti-aircraft fire, 307th bombers had blasted 90 percent of the Wake stronghold. All aircraft returned safely from what was considered the longest mass-raid of that time. It was from this mission that the 307th Bomb Group became known as “The Long Rangers” and from that was born a proud heritage of service to our nation that continues on to this day. The Wing is now known as the 307th Bomb Wing and is stationed at Barksdale Air Force Base in Bossier City Louisiana.

Today we carry on that proud heritage of service as a group of private veterans participating in an organization called "Long Rangers". Through this organization we are able continue our service to our nation and its military members as "Veterans Serving Those Who Serve".